(May 21, 2018) – Empire State Development and the New York State Office of Parks, Recreation and Historic Preservation today announced the grand opening of The Wick, a new hotel in Hudson, Columbia County. The $10 million project transformed a former manufacturing plant into a boutique hotel with 48 rooms and seven suites, a restaurant and bar, and enclosed rooftop patio overlooking the Catskill Mountains.

“Partnerships like this at the Wick Hotel help revitalize communities and preserve local heritage,” said Rose Harvey, Commissioner of the Office of Parks, Recreation and Historic Preservation. “With the assistance of the Historic Tax Credit program spearheaded by Governor Cuomo, New York State is leading the nation in sustainable economic development projects that help preserve the historic fabric of our cities and towns.”

Originally built in the 1860s, 41 Cross Street was known as South Bay Mill and functioned as a soap and candle manufacturing plant for Gale & Hover. Hover switched to textile manufacturing in the late 1880s, and the building was used for production and distribution. Throughout the 20th century, several businesses used the building for various industries, including Rual Manufacturing Company until 2000.

The hotel preserves history while embracing regionally-specific elements, like artwork from the Hudson River School. The Wick Restaurant and Lobby Bar features the Hudson Valley’s best charcuterie and cheeses in its exceptional small plates. The hotel is also environmentally sustainable, using a proprietary green energy technology to reduce the carbon footprint, and offering electric vehicle charging stations for hotel guests.

Tom Rossi, Principal at Redburn Development said, “We’re thrilled to announce the completion of The Wick Hotel, with tremendous thanks to Empire State Development and the Office of Parks, Recreation and Historic Preservation. This transformative and forward-thinking project not only will have lasting impact upon the continued resurgent vibrancy of Hudson and the greater Hudson Valley, but is an example of adaptive reuse coupled with our advanced proprietary energy solutions.”

Redburn Development Group invested $10 million to restore, renovate and refurbish the property, and create 12 new, full-time jobs. Empire State Development has agreed to support the project with a grant of up to $1.5 million, recommended by the Capital Region Economic Development Council (CREDC) during Round V of the Governor’s REDC initiative. Additionally, the New York State Office of Parks, Recreation and Historic Preservation secured nearly $2.4 million in State Historic Commercial Properties Tax Credits for this project.

CREDC co-chairs Ruth Mahoney, KeyBank Market President, and Dr. Havidán Rodríguez, University at Albany President, said, “This project is a great example of the public-private partnerships happening across the Capital Region as a result of the Regional Economic Development Council initiative. The Wick will further catalyze the redevelopment efforts already underway in the City of Hudson.”

Senator Kathleen Marchione said, “The grand opening of The Wick is wonderful news, welcoming guests to the Capital Region and Hudson Valley. This project echoes the great revitalization happening in the City of Hudson, and I thank Empire State Development and the Office of Parks, Recreation and Historic Preservation for their support.”

Assemblymember Didi Barrett said, “The opening of the new Wick Hotel is another key step in the exciting economic revitalization of Hudson. The Wick welcomes visitors to our beautiful region with comfortable and quality lodging in keeping with the style and creative energy that has come to characterize the City of Hudson.”

Hudson Mayor Rick Rector said, “The Wick has been a wonderful new addition to the City of Hudson. In addition to being a truly handsome destination for visitors to our community it is also providing immediate economic benefits with jobs and additional revenue to the City. The Redburn organization has demonstrated a very strong belief in the future of both Hudson and the continued development of our downtown and riverfront neighborhoods. They saw the potential and have quickly become an important element in our evolving economy and future.” 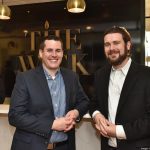 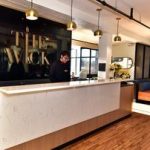 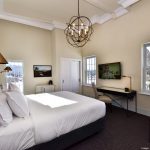 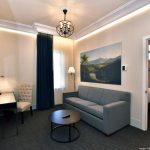 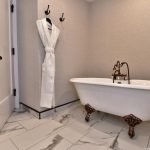 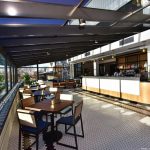 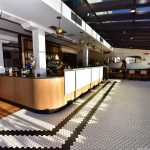 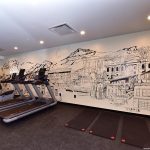 About Empire State Development
Empire State Development is New York’s chief economic development agency (www.esd.ny.gov). The mission of ESD is to promote a vigorous and growing economy, encourage the creation of new job and economic opportunities, increase revenues to the State and its municipalities, and achieve stable and diversified local economies. Through the use of loans, grants, tax credits and other forms of financial assistance, ESD strives to enhance private business investment and growth to spur job creation and support prosperous communities across New York State. ESD is also the primary administrative agency overseeing Governor Cuomo’s Regional Economic Development Councils and the marketing of “I LOVE NEW YORK,” the State’s iconic tourism brand. For more information on Regional Councils and Empire State Development, please visit www.regionalcouncils.ny.gov and www.esd.ny.gov.